Posted at 13:17h in Uncategorized by admin 0 Comments
0 Likes
Share

LOS ANGELES – December 8, 2017 — V-Fee Motion Pictures today announced it is co-producing the feature film, Gorgeous, with Sunset Pictures and Dahlia Waingort to helm as Producer. Based on the true-life story of “Gorgeous George”, Patrick Coppola penned the script with Tom Maoli, who will also serve as the film’s Executive Producer. 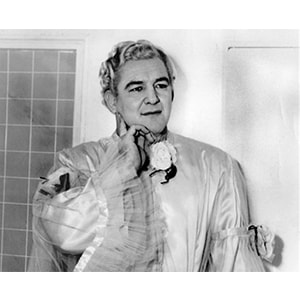 Martin Guigui (9/11, The Bronx Bull) will direct the action-drama, which depicts the powerful story of innovative golden age wrestler George Raymond Wagner, who under the moniker “Gorgeous George” changed forever the theatrics of the sport, popularized wrestling into mainstream, and influenced some of the greatest and more flamboyant athletes of the 20th Century.

“Tom Maoli has been working the development of this wonderfully charismatic story for over 15 years; he and Coppola have delivered a compelling script that will unleash a highly entertaining true tale of this pop culture phenom,” said Guigui.

Physical production is targeted for an early spring 2018 start of principal photography in the Los Angeles area with the majority of filming to take place on the Warner Brothers lot.

“Clear your mind, focus, and put your blinders on,” stated Maoli. Kreskin added, “You listen to your inner thoughts, and focus on them.”

“I chose to do this project because it is near and dear to my heart, as I grew up in the wrestling world and was best friends with professional wrestler Joe Scarpa aka: Chief Jay Strongbow, so I lived it from the inside out.” A passionate Tom Maoli continues: “Back in the day my mom would go with my grandfather to the Laurel Gardens in Newark, New Jersey to watch Gorgeous George wrestle live in person – so it’s all serendipity to me.”

Dahlia Waingort added, “We are very excited to begin the casting process as this piece lends itself to a rich array of diverse roles surrounding the Gorgeous George character, with high profile talent in discussion to play the lead role as well. This is an inspiring action-packed real-life story, and a part of American history never before told in a film.”

The article can be viewed here.